You are here: Home › Music › Debating the future of music

“It’s hard to get someone to understand something if their paycheck depends on them not understanding it.”

I’ve been thinking about that quote all week. I forget exactly where I heard it, but it’s been stuck in my head ever since last weekend’s Music Hack Day in Boston. The event brought hackers together from every corner of the globe to develop new music applications to advance the future of music. And amidst all the hacking, music’s future and past briefly clashed, making for some compelling moments during the Sunday afternoon panel discussions.

On the panels were purveyors of the now, including representatives from Last.fm, The Echo Nest, Music Power Network, Harmonix, and Songkick––all sharing ideas on new models for music business, discovery, taste-making, and more. And In the audience, among all the hacking hackers, was a gentleman with an impressive music business background that included radio promotion on behalf of labels to get songs on the air and CDs into shopping carts (the kind with wheels).

At one point, the gentleman in the audience commented that the proliferation of music taste-making and discovery was making it nearly impossible to break an artist BIG––like Bruce Springsteen big. It’s too fragmented in his opinion and he’d prefer a more singular pipeline of music discovery and taste-making. An hour later in the Future of Music panel he once again took the mic and asked the panel, “So, what bands have you broke?” He reiterated his earlier point that the proliferation of discovery and taste-making was undermining the infrastructure needed to break big-time artists. He told the panel, “You can’t make a Radiohead!”

And that’s the part this gentleman didn’t seem to get.

I found it a little funny that he used the words “break” and “broke” when it came to labels and artists. Yes, I know what he meant, but it’s important to note that for every platinum Bruce Springsteen record there’s a multitude of records that are under-promoted and ignored because the labels are focused on their shrinking portfolio of million sellers. This leads to artists more or less dead on the vine, trapped in contracts owing money as well as music the label has little interest in promoting. So yeah, nothing breaks a band quite like the traditional “Big 6″ (5, 4, 3, 2..) record label pipeline. Steve Albini’s classic The Problem with Music rant addresses this much better than I can. If you haven’t read it, do so. Some of the details are a bit dated but the math is still enough to make one’s head spin.

Regarding the “you can’t make a Radiohead” comment: Last.fm, The Echo Nest, Harmonix––these companies aren’t really in the business of promoting platinum sales of music encoded onto shiny plastic disks. They’re about building connections among fans and artists. And if an artist blows up huge? Great!! Sure they want to support artists, but I don’t think it’s their mission to make artists (and thereby labels) rich beyond their wildest dreams. And here’s the thing: I think most artists are just fine with this. In my opinion I think the majority of artists would rather have significant control over a medium-sized pie than have zero control of a (potentially) huge pie. Sure, some will gamble and shoot for the stars, more power to them. But if there’s ever going to be a music “middle class,” its backbone will be made up of artists managing sustainable, medium-scale careers. In sum, it’s wrong to criticize these new music businesses for not doing what labels can do when more and more artists simply don’t want what labels can do.

I’d like to stress that I’m not aiming to bash this gentleman. He’s obviously incredibly passionate about music and cared enough to attend an event where he must have known many would see him as the “enemy.” And to his credit he even called out the record companies for being “really stupid” in the way they’ve handled their business.

My point is this: the future of music is now largely in the hands of the fans. And those fans who develop “cred” are the new taste-makers. I think this is a good thing. Fans and taste-makers have the power to help make an artist popular and can put money in their pocket, but they do not have the power to trap and bankrupt a career. An artist’s career, and the level of success they achieve, is ultimately up to how well they the artist build a sustainable business around music that creates fans.

Major labels and a single pipeline of discovery have little to no significance in this formula. But if your paycheck depends on the older model, maybe it’s just really hard for that to sink in.

Lots of comments on this one, head on over to Dysonsound to check ‘em out >> 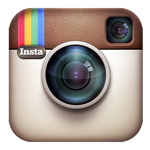 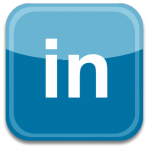 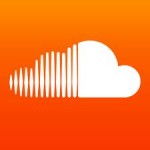