The Longwalls to play the Outlaw Roadshow October 25 in NYC! 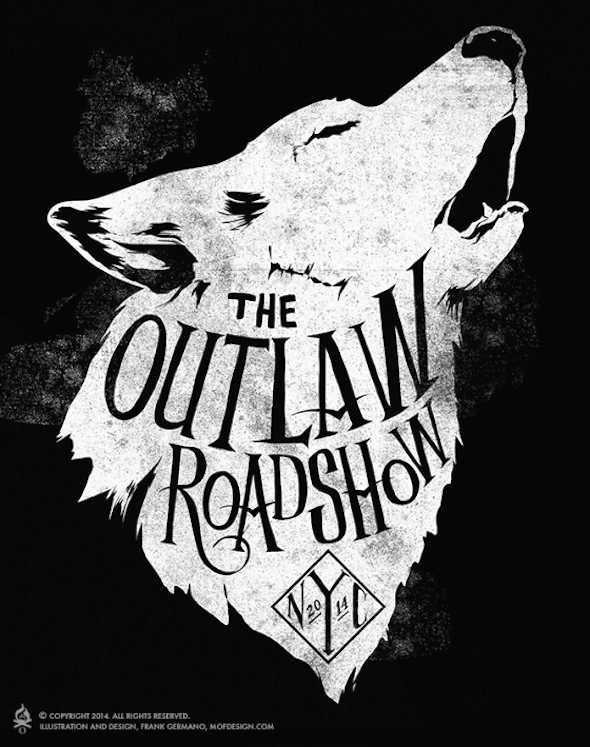 Well that sure is exciting!! Produced by none other than the Counting Crows’ Adam Duritz and local music hero Ryan Spaulding (Ryan’s Smashing Life), this year’s NYC edition of the Outlaw Roadshow is  set for Oct. 23-25 at the Bowery Electric in NYC. Some 30 bands are taking part! Read all about it at the Boston Herald and on the Outlaw Roadshow website. More details soon, but we do know this: The Longwalls will be playing Saturday afternoon (10/25) and the whole damn thing is FREE. If you’re in the area, or feel like making the trip, it will be well worth it!

The Longwalls live on air!

And possibly a bit tipsy. Give a listen to WEMF this Saturday afternoon from 4-6pm and hear the mighty Longwalls on The Outlaw Radio Show. They’ll be hanging with host extraordinaire Ryan Spaulding and previewing a track or two from their forthcoming new album—The Gold Standard. They’ll also be playing a few things acoustic-style. Rumor has it there will be whiskey. Uh-oh. We suggest you tune in…

We had quite a day yesterday! We launched this new site, release the new Kurt von Stetten album Broken But Not Undone, and capped things off with a short (but sweet) acoustic appearance on WMBR’s Pipeline show. Listen to audio of the entire show here (KvS comes on about 14mins in). Big thanks to Mr. Jeff Breeze!

A full-moon-sized thank you to everyone who trekked out in the cold Saturday for The Longwalls‘ Kowloon release show. Epic night. Much love. We won’t soon forget. Meanwhile, kind words on Kowloon continue to roll in. The Noise says the boys “live somewhere between a more rustic Velvet Underground and a less new-post-punk the National.” Aiding & Abetting says the “songs soar and crash with astonishing grace.” We say, thank you!

No rest.. we’ve got The Longwalls CD release show for Kowloon coming up Saturday, January 26! We’ve also got the release of Kurt von Stetten’s new one, Androlafi, coming up Tuesday, February 19th. In addition we’ve got some song placements coming up on MTV and Dan London is hard at work on his next one. 2013 in like a lion.

It’s a bit of a tradition around these parts– CD release shows at the Lizard Lounge in Cambridge. We love that venue, we couldn’t be happier The Longwalls are releasing Kowloon there Saturday 26 January, and we love that Glenn Yoder is on board with his CD release that night as well. Gonna be epic. Mark your calendars.

In honor of the 10-year anniversary of Gatsby’s first ever show—November 1, 2001—we’ve put together a collection of live material culled from radio and TV performances between 2001 and 2005. It’s truly a blast! We’ve also launched a Gatsby page over on Bandcamp where you can download both the new live set and a high-quality version of their 2003 Five Songs EP. Grab it all and play it loud! Long live Gatsby!!

A HUGE thank you is in order for everyone who came out to The Longwalls’ Careers in Science CD release show at Precinct on Friday night. We had a blast, thank you so much! And thanks to Glenn Yoder and Found Audio for coming along for the ride! Good times, more on the way soon…

The Longwalls live on WMFO

The Longwalls played live On The Town with Mikey Dee at WMFO back in May. The set includes tracks from Field Guide, the new Dark Academy EP, as well as a few new songs set for release on a new EP early next year. Check out parts of the set for free on SoundCloud.

Join The Longwalls Friday, July 30 at Tommy Doyle’s in Hyannis and Saturday, July 31 at the Lizard Lounge in Cambridge for our Throwback Summer Weekend. Unfortunately our main man Kurt von Stetten is on holiday that week, but we’re excited to announce that our old pal and Gatsby mate Scott Robinson is flying up from Florida to fill in on drums both nights. Going to be a hell of weekend, plan accordingly!