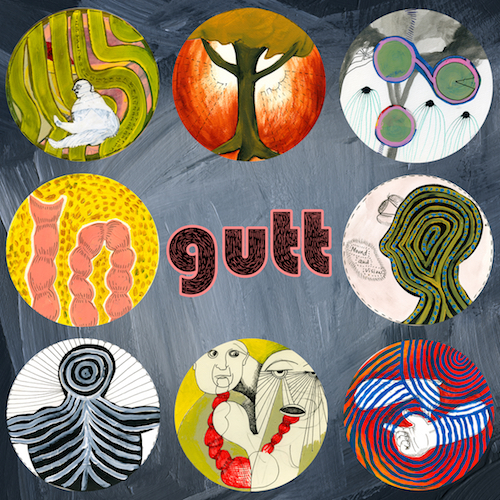 Well, well, well. Here we are busy with another Longwalls album, getting into our fall routines and.. oh looky here: A new KvS album called Gutt! I guess it has been a year since the excellent Bon Fortuna record. Anyway.. Bold, defiant, insatiable. Boston’s Kurt von Stetten returns with his 11th solo effort—in 11 years. Noisy and angular. Low lows. High highs. Big and fragile. Playful and tuneful as ever. And once again written and recorded entirely on his own—with Kurt himself playing every instrument. And with 20 tracks (!!) you simply can’t go wrong. Give Gutt a go! It’s available (digital only) 10/28 here on SMR and over at Bandcamp (and eventually the iTunes etc..). Check out the first single, In a Car Falling in Love, and watch for video for Future is Fashion on Tuesday. Enjoy!

We’re pleased as punch to announce Bon Fortuna—the new record by Kurt von Stetten—is on sale now!  Dreamy, bold and always irreverent, Kurt returns with a glorious dispatch of fearlessly fuzzed-out art pop. And this one is a bit of a milestone: 10 solo albums in 10 years with Kurt playing every instrument on every track. Perhaps more impressive is the fact that this album is just so damn dynamic and fun to listen to. It might be his best ever, and that’s saying something. Check out the video for the first single, Spanish Ship, and be sure to hit up Kurt on Twitter for a chance to win one of the very few custom physical copies he’s producing at home as well as Bon Fortuna t-shirts. Hope you get a chance to check it out and support this amazing artist! Enjoy!

Get ready folks! Bon Fortuna—The 10th solo album from Kurt von Stetten is on its way! Look for a digital release on 10/6, and if you follow KvS on Twitter keep an eye out for give-aways of physical copies– it’s the only way to get your hands on the real thing. In the meantime, check out Spanish Ship, track 1 from the album.